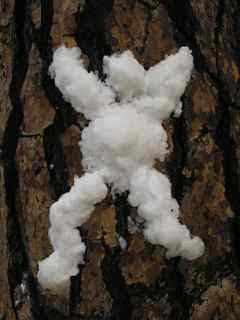 A new record for speed-climbing The Nose, a famous rock climbing route on El Capitan.  If you love Yosemite, this is news.
This is crossword-puzzle type info if you ever use any 5.11 gear.  5.11 is an offshoot of Royal Robbins outdoor gear.  Robbins is a famous rock climber who climbed in Yosemite often.  He was best friends with Yvon Chouinard, who decided to try and make a living selling climbing gear through his company, Great Pacific Iron Works.  Chouinard made and sold gear that was hard to find back in the 60s.  One of Yvon's items were Billy Goat Pants- a double-seated short or pants to rock climb in.  Chouinard's clothing line took off and became Patagonia.   Robbins say his buddy getting rich and formed Royal Robbins outdoor gear.  Police started wearing Robbins 5.11 pants and he expanded that line into the 5.11 Tactical company and is making a mint.
Not bad for a couple of rock climbing bums.
I wear RR and Patagonia stuff.  Great gear.  I shoot out of 5.11 pants and even have a very early pair that were made by RR.  Everyone wears this stuff.  There was a box of free, black 5.11 hats at the match on Saturday.  I had a Patagonia catalog in the mail when I got home with photos of extreme climbing and clothes.
5.11, by the way, is a designation of difficulty for a rock climbing route.  There's your 37 across.
Photo is from a trip the redhead and I took in 2004 during the winter.  We were in a wonderful snowstorm in the Valley.  The redhead had black ravens flocking in through the snowflakes in to eat whatever she offered.
I just set a personal record for links.
Posted by Robert Langham at 10:18 AM

Ahhh...I'll be in Yosemite in two weeks. No climbing though, I haven't done that since my college days at New Paltz. I will have my Canon 20D with me and will be posting photographs.

Welcome to blogging and I've already added you to my blogroll.

Thanks! Gotta love Yosemite. In fact, I need to link the Yosemitecam site on here.