Comings and goings at the deercam. 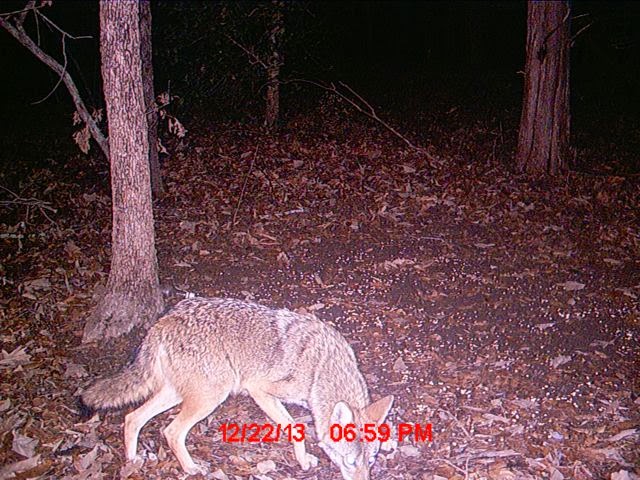 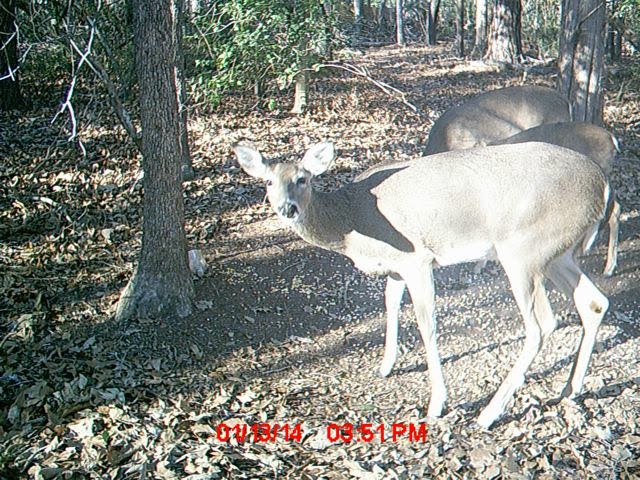 Does herded up and moving in the daytime. 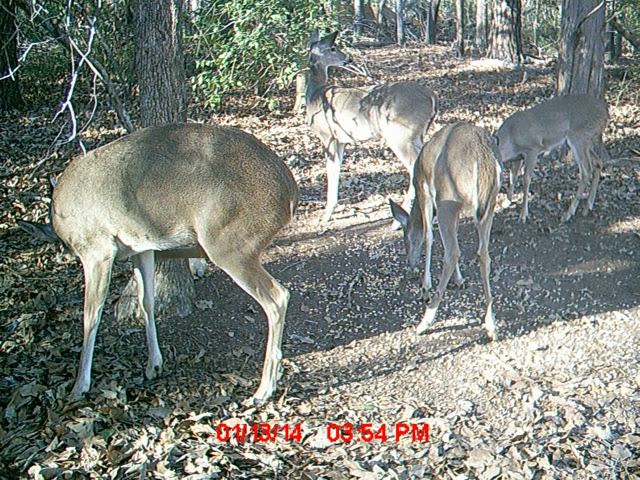 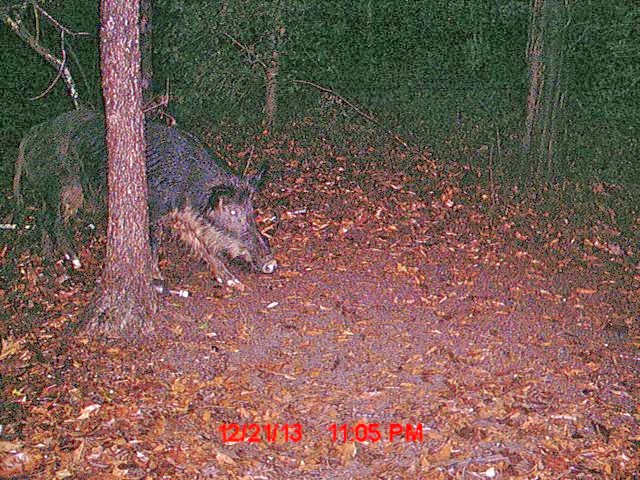 Pigs around as usual. 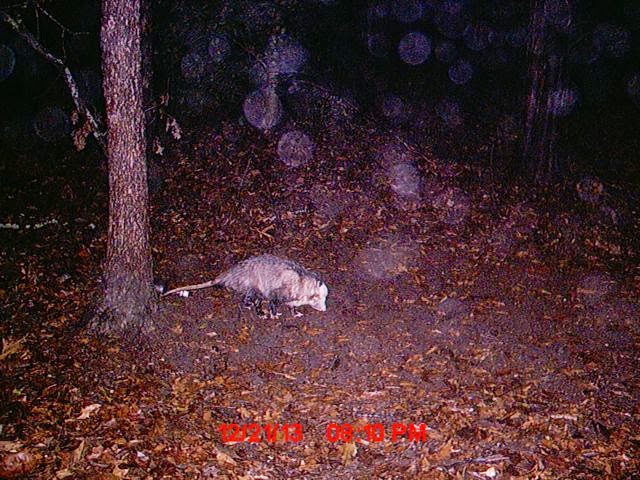 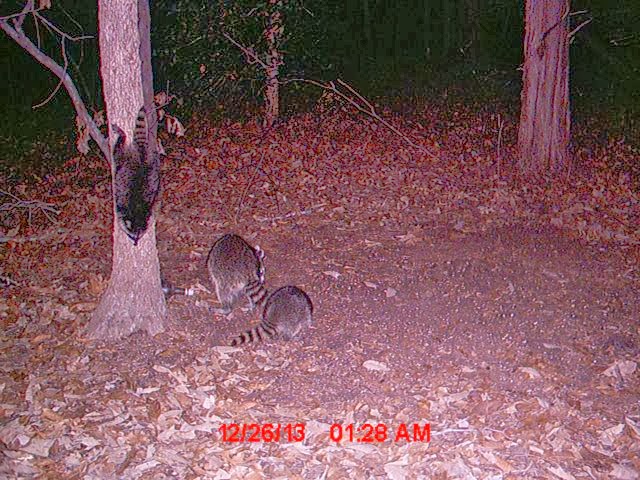 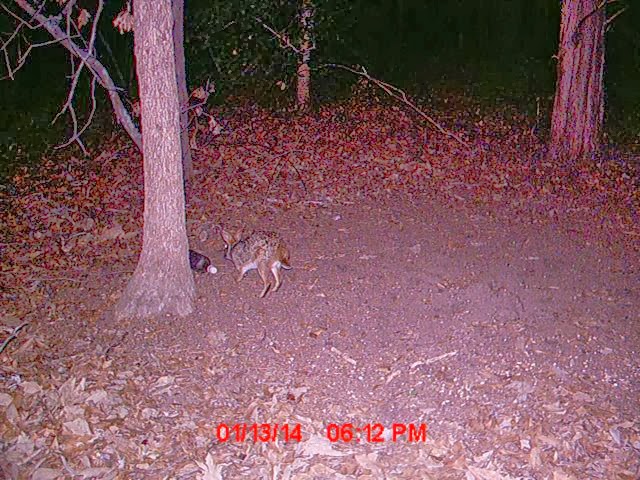 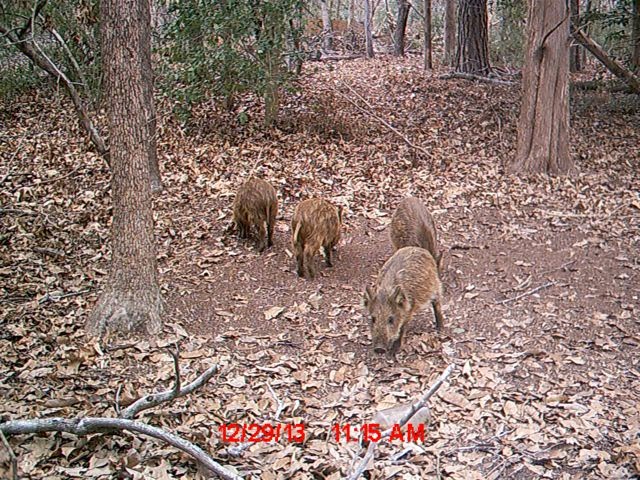 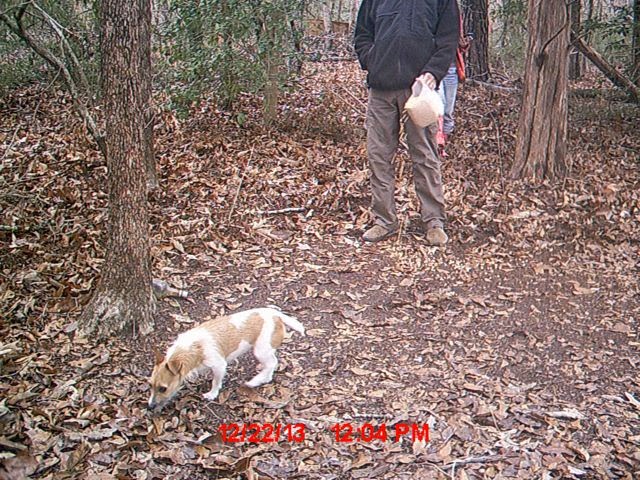 Lucy and I serving lunch.

Mostly I am bulking up the squirrels and raccoons.  Saw the does in the daylight yesterday.  I'm making frequent checks down the trail with a rifle but the last two little pigs I shot were the last ones.  Great time in the bottom.

Let's see one.  This story has been going on for a while.  It's been a story, a hoax, now back to story.  Update.
Posted by Robert Langham at 2:51 AM No comments:

It had to happen, sooner or later....

What caliber for Bigfoot?
Posted by Robert Langham at 8:06 AM 2 comments:

My step-dad had a pistol I don't remember ever seeing before.  It's an old Smith and Wesson 38/44 HD in nickel with pearl grips.  He bought it and carried it in a brief career as an LEO near Corpus Christi during the late 40s or early 50s.  He decided to give it to me, and he and mom decided to turn custody of Dad's 1940-41 pre-K-22 over as well. 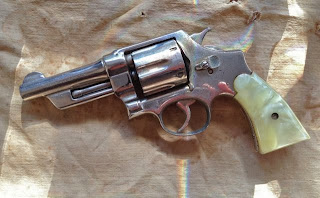 Gorgeous gun, like most old S&Ws.  Going to have to shoot it.  Was loaded with wadcutters.  I'm sure it fires and functions.  Quite a functional artifact to have in hand!

Update:  Shoots right to the tip of the front sight blade.

Over to mom and step-dads for a glass of champagne New Years Eve.  I was requested to put a little clean-up on his house gun.  It lived in the top of the hall closet.  Had to get a stepstool to get up there, rummage around and then lo and behold there appeared a stainless, 2 1/2 inch barrel S&W Model 66-1.  With box.  Has a few marks but hardly fired.  Of course, that's just a pistol...not a miracle.  The miracle was a S&W pre-K-22 with stag grips that my dad bought used in the late 50s or early 60s laying beside it.  I felt like Howard Carter staring into the tomb of Tutankhamun.  I see wonderful things. It is such a legendary family gun, being the only pistol in the family for a long time, three sons, lots of hunting and shooting, then to disappear.  Pretty amazing to actually hold it in my hands.  I'd actually finally bought the exact gun to replace it.  Real stag grips.  It was understood to have been lost long ago.  I hadn't seen it since the  before the Bi-Cenntenial.  1976.  Maybe 1972.

Katie and I are de-cluttering our life and practicing the art of non-attachment, since we've uh... learned, but very nice to see it again in the world.

Got them both cleaned up and ready to return.