Munitions still emerging from the fields.
Posted by Robert Langham at 8:02 PM 2 comments:

One of those "laws are for the little people" incidents.  Very disturbing to have folks arrested for legal activity.  Bike police walked up and put noses in video cams....then threatened to arrest folks for "shoving cameras in their faces."  No policeman corrected any other LEO- they all covered for each other, even when they read the law.  The supervisors who are sent to supervise have to play stupid and say they don't know WHY the troopers are arresting the citizens.  It reminds me of the LEO-gone-wild events during Katrina at New Orleans.  Lotta video taken which helps keep everyone honest and the violence to a minimum.

What would this look like if the troopers knew and respected Texas Law?  They would walk up, with courtesy ask the folks if they were carrying pre-1899 holstered guns, confirm that and say they would deal with the folks who were calling, then wish the activists a good day. Instead we get a debacle.

Arrested:  a pastor, a disabled guy and a vet.  Does that look significant to anyone but me?

Land commissioner Jerry Patterson weighed in and said the guys need to be released and the charges dropped.  Now.

Update:  Extraordinary to watch.  The activists are making their points very plain and the LEO folks are revealed for who they are.  Notice- there is never any question that public safety or property is ever threatened by these citizens, nor do the police ever even make that accusation.  It's all about who has the power.  They arrest these guys for unloaded black powder pistols which are legal to carry and IGNORE, (because activists have established that they are legal to carry), modern rifles on the same site.  Very ugly to watch.

LEO agencies, though beloved by function of the left, (Ideas so good they have to be mandatory!!!!) are never respected or supported.  Now the LEOs are about to lose the traditional support they have enjoyed from the right.  They don't seem to care, having long ago become self-supporting and independent of the citizenry and constitution.  They mostly seem to react to protect LEO ego and territory, like a gang.  That's not just some knotheaded DPS Troopers at the Austin Capitol- it's nationwide.  It's a very dangerous and ugly situation for the country.

We are going to see more of this, not less.  I'm sure the police agencies are screaming to the legislators to write new gun laws right now.  They might get those laws, or they might not.  They are losing support on the right very quickly.  Our over-regulated and super-surveliance police state squeezes the citizenry....and activists are popping out like crazy.  The more you crush human spirit and freedom, the more start standing up.  Trying to hammer those folks back down into the sheep level using the same mechanism that popped them up doesn't seem like a working strategy.
Posted by Robert Langham at 9:55 AM 1 comment:

Just kid shooting with a neighbor's kid that wanted to go shoot.  He's housebroken, speaks English as a native language, could load his own mags and brought ammo.  There's nothing like borrowing an 11 year old to go to the range. 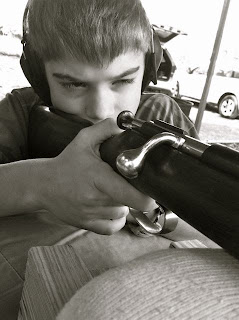 He brought his own rifle and pistol. 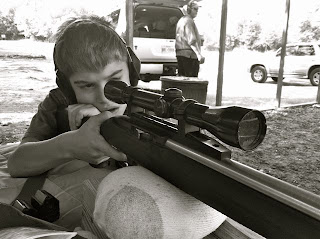 Shooting my little suppressed Ruger 10/22.  Very comfortable.  I don't understand why suppressors aren't cheap and plentiful, with no regulations to buy.  They save hearing and make the experience much more pleasant. 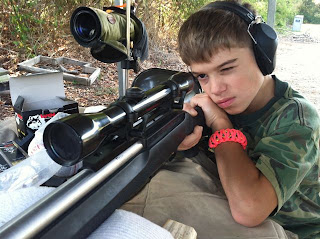 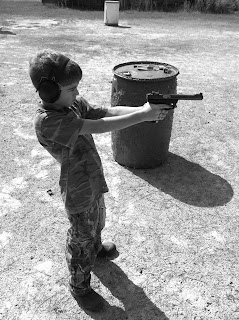 He came with a Ruger pistol and his own ammo. 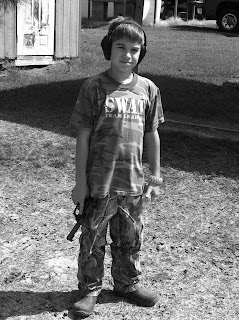 Nothing like the satisfaction of a couple hours shooting well.

Posted by Robert Langham at 6:53 AM 2 comments:

We just had 20 folks shooting on a warm day so we cut the 80 shot match to 50 shots- (Thank You, Dave Wilson!).  A well-run match as usual because everyone knows what to do.  Dave, Karl, Me and Rusty Hogg ran the radios down center line and we tried to roll along to get back to 600 and under the shade.

Shot lousy standing and then OK the rest of the way.  Cleaned sitting rapid and prone rapid with match rifle.  First match for me since early June and glad to be able to shoot a little.

Conditions for shooting were dusty but overall pretty good.  Mirage swapped sides now and then and the light came and went with the clouds.  By the time it got danger-hot we were under the roof at 600.  Dave kept a cooler of waterbottles on his truck tailgate. 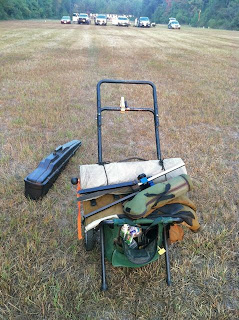 I just iphoned around a bit. . 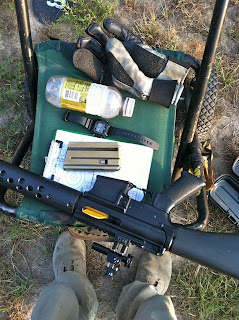 Getting sorted out for standing prep. 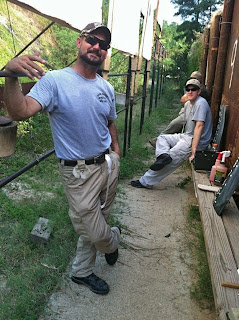 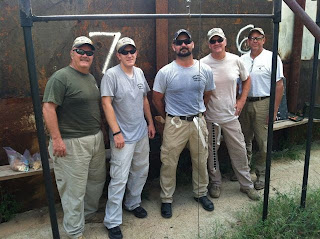 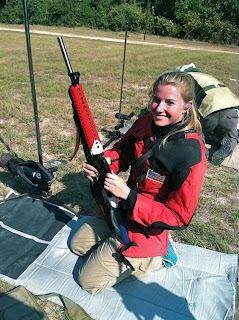 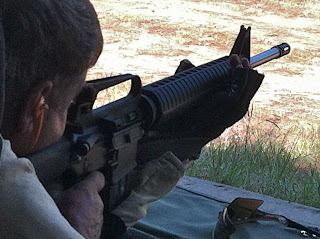 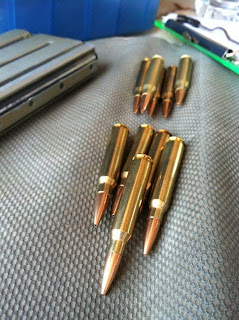 Laying out my Noslers for 600 yards. 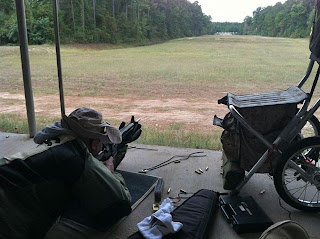 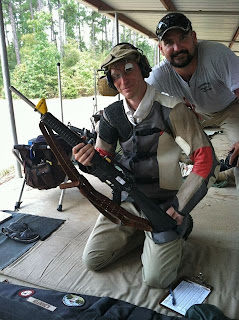 Clay Hefner with adult supervision on the next firing point. 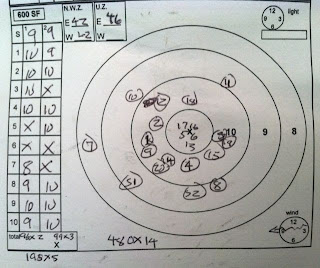 600 yard plotting.  Mirage was pretty thick but not this thick.  7 at 9:00 wasn't on call, but some of the other shots weren't either. 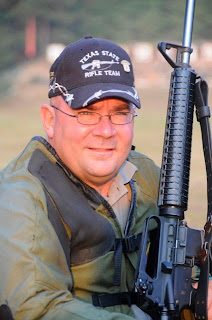 Posted by Robert Langham at 9:57 AM 2 comments:

Two-thirds done with the state requirements for after-dark deer surveys up near Clarksville.  This time like most times, we ran into some pigs while counting deer.  A little herd of eight to ten scattered across in front of us and Alan stopped the Bronco and lit them up.  I had a suppressed Ruger 10/22 with Wolf Match Target subsonics, (40 grain), in the magazine.  With that load the gun sounds like a big industrial stapler.  I could hear the bullets hitting the pigs and shot doubles and triples on every target I could find.  I think I shot eight times and heard all of them hit except one.  Two pigs were down and at least one other was hit.  Maybe more. 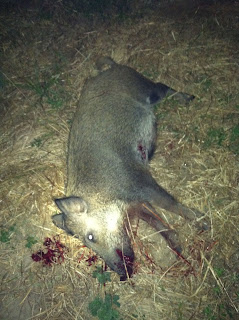 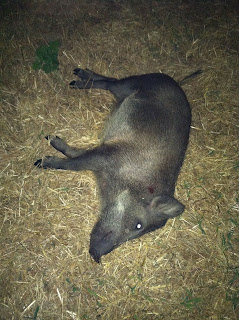 There might have been a couple bigger but I started with the first one in the light and shot until they were gone.  Closest shot was about 20 yards and the farthest at 50.  Not much to the shooting.  I was firing at the front shoulder but really would have ultimately shot at any part of a pig.  It was mostly up to Alan and the lighting. Whole shooting took no longer than about seven seconds.  These two were in the 40-60 lb range.