2015 was a remarkable run for the TSRA Service Rifle Team.  The Infantry Trophy group was confronted with flag-popping wind on the 600 yard line to start.  The dope was 4 minutes of right windage -and that turned out to be on the money.  Few of the other teams had the nerve to crank that much on.  They fired an 1191, second place overall behind the AMU at 1270 to win the Leatherneck Trophy and the Civilian National title. 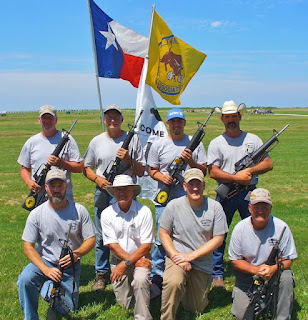 The National Trophy Team Match was fired the next day and the TSRA led the Soldier of Marathon Trophy race whole way.  Again they were second only to the Army Marksmanship Unit in overall score, firing a 2900 to the AMU 2938. 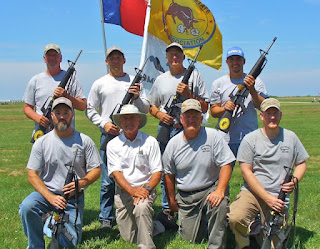 Great coaching, teamwork, individual efforts and organization by everyone!

Posted by Robert Langham at 8:40 AM 4 comments: