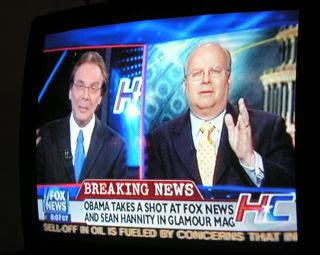 I know it's late, but I think I have caught a bad case of it.  He lifts the executive order on drilling the Continental Shelves....but where the hell has he been for 8 years?  Why not do this nearly a decade ago?  Congress has to renew their ban annually.  I would have beaten them to death with it until the horizon didn't fill up with rigs because they were OVER it.
And why isn't oil flowing from ANWR?  He could have bully-pulpited this until it got done, gone up there in the dark and held news conferences surrounded by the locals who want it.   Instead, he made a little effort, gave up, and segwayed off to Camp David.
Nukes?  Anyone?  Anywhere?  Nope.  China is building 100 plants, because even the heathen Chinee realize that a robust economy has to have cheap, available, plentiful power.  Instead, he (and late, as usual, even doing the WRONG thing), pumps up ethanol idiocy.  If the Iowa caucus was in June, we would have never heard of this expensive government scam.
Guns?  Thanks for the help.  Instead of educating the public and taking a firm stand on the Bill of Rights he waffles around.  Screw you, W, and the assault weapons ban you would have signed.
And thanks for the TSA.  That's helped.  They catch those terrorists every day!  Or no.  Maybe they just hassle grandma and make a list with a million folks on it.
Holding hands with Saudis instead of securing the border.  Nice job!
Just suppose he had vetoed the Republicans earmarks and driven them to balance the budget, raised holy hell until SS was fixed and privatized, refused to shred the BOR, sealed the border, drilled, built nukes, supported conservative Repubs and surged Iraq as the war ended, plus flattened and dug out the Iranian bomb program?  He could have sent one carrier group to seize and shoot Mugabe while he was at it, just to pinch the liberals.
Would he be any LESS popular?  Or more?
Remember his promise to veto McCain-Feingold?  He could have shaken the BOR in their faces and double-dog dared them to over-ride his veto.  (but no, he might loose SUPPORT, politically)
Instead, he lied.  And STILL lost support.
And that fabulous Karl Rove....making a mint on Fox billed as "the Architect"  Give me a break.  He's the architect of the destruction of the Republican Party.  What a genius.  Rove lost the Senate, the House, and is going to lose the presidency.  Nice job, idiot.  You may have ruined the Republic and the last, best hope of mankind.
And Rove was the BRAINS behind this debacle.
Hannity lost all credibility with me when he hired him.  Rove is the guy Hannity USED to rant and rail about as the Republicans wimped out.
Rove and Bush, two selfish, dumb, short-sighted, satchel-assed sons-of-bitches who failed humanity when they had a real chance to make a difference.
Posted by Robert Langham at 10:25 AM

But tell us what you REALLY think.

Hannity has never struck me as having a lot of brains. Of all the talk show guys, he has always seemed to be the one who just spews talking points and repeats blather over and over.

While I still continue to support Bush, I find it really really hard to argue/disagree with anything you talked about.

This isn't to be construed as supporting Gore, Kerry, or Barack....I just didn't know the lesser of two evils was going to be so...satchel-assed.

I fear it's gonna do nothing but get worse, unfortunately.

I couldn't have said it better myself.

Hannity is a pain in the rear. And he has AWFUL taste in music.

Re: getting worse. I once heard Glenn Beck say that sometimes you have to just let the forest burn down to the ground before new growth can begin. I'm thinking he's right. But like Frodo Baggins, I just wish it didn't have to occur in MY time.