We just never could get anything going. It was over by the time the last pair of the six folks finished shooting. 88s. 90s. Then we shot sitting and were nearly as bad. I shot an 88 and a 94. Two eights, top and bottom and two nines just out of the 10 ring at nine. I saw the low eight and called it a nine. Everything else looked good. Offhand I was outside of call all the way. Never fired a lucky shot. We were better at 300 rapid and OK at 600 but it didn't matter by then. You have to start well.

Hard to say why. Bummer after shooting so well in the Presidents 100 and National Trophy Individual. You can always take the shooters score from the NTI LEG match two days before, add them up and beat the team score. Coaching and shooting in a group makes us worse. 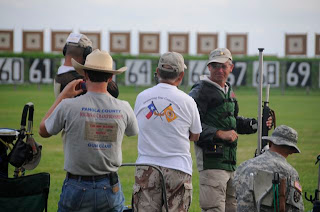 Alan Wilson and Clay Hefner shoot offhand at 200. Alan has his hat pulled around against the low sun. 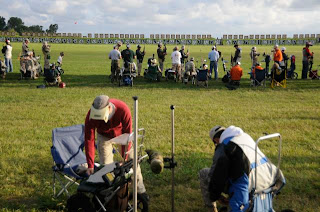 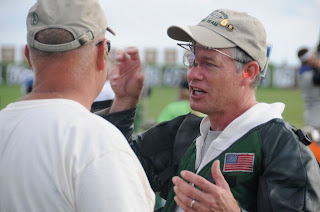 Alan Wilson explains it all. 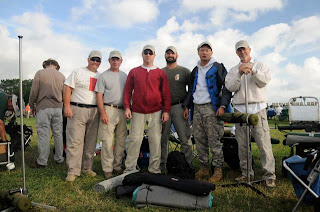 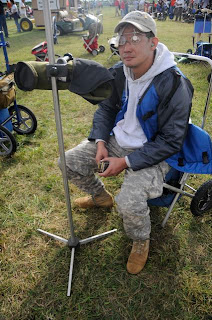 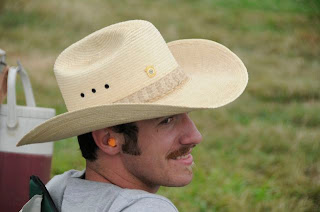 The always-confident and Distinguished James Pennington. 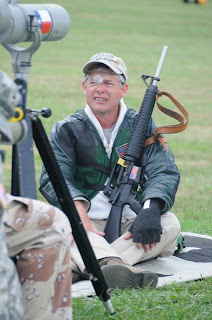 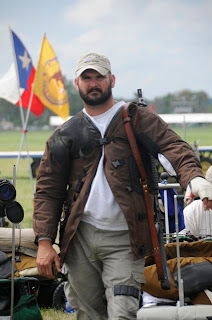 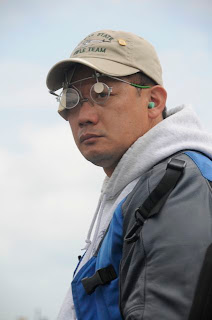 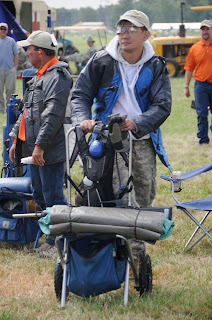 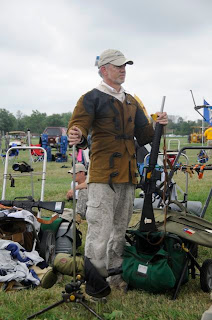 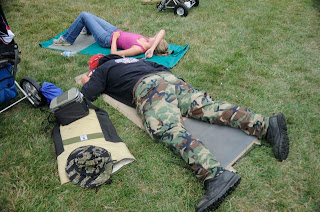 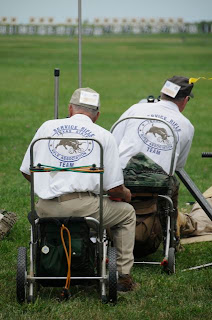 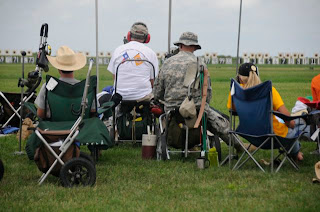 Dick Curry and Gary watch while someone shoots 300 rapid. 1st Lt Julie Coggshall is scoring us in blonde. 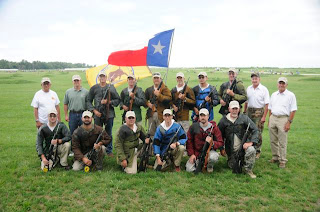 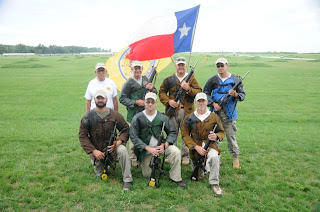 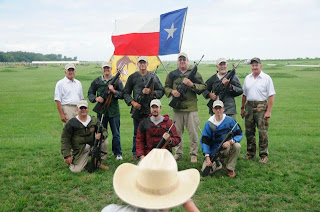 James Pennington photographs the TSRA Silver. Dave Wilson and Ron Chatelaine are the coaches.
Posted by Robert Langham at 12:41 PM

Good pics Robert, sorry the rest of the shooting didn't go as well.