Starting to run cams.  Got three going as of today.  Lots of sign.  Guys across the creek aren't hunting this year so it will be a little quieter.  My trails are all full of fallen limbs and brush.
These shots taken during full moon nights.  Not as dark at night as it looks in photos.  On a full moon even humans can walk around without flashlights. Thought it was a little buck, but then looked a little closer.  He's actually pretty good. 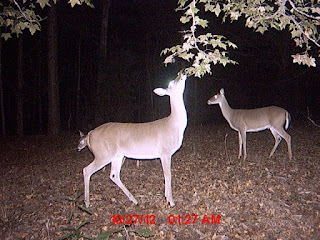 Mom and kids.  Mom is on the scrape. 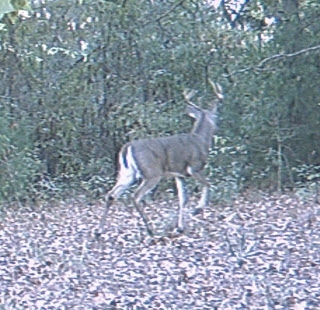 Had to blow this up but an OK buck but uneven. 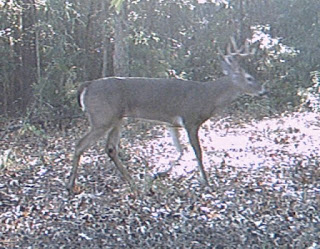 Another one.  Or the same one. 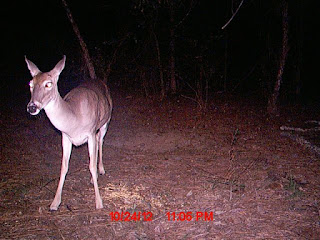 Sceptical doe down in the bottom. 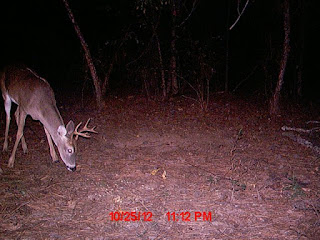 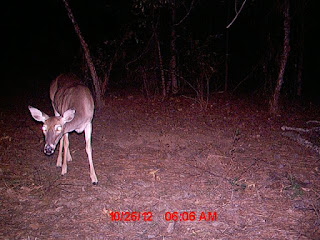 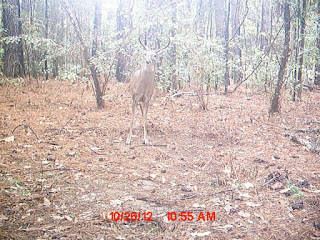 File was pretty awful but the buck looks medium-OK.  Standing in scrape. 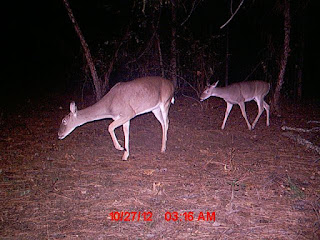 Sneaking around the scrape. 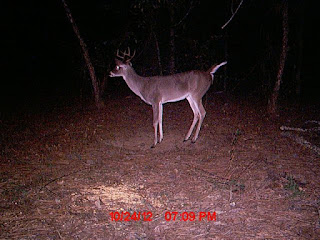 Little buck standing in the old scrape.  This scrape has been running for five or six years, every year, in the same place.  He's just a kid.  I add the corn to hold them for a moment.

One of the first trees I ever hunted in here, a big arching sweet gum down by the swamp is down.  Dead and gone.  Kind of strange to be outliving some large trees.  It was really a significant and stately tree.  I put a line of nails up the trunk so you could walk up it.  Never killed a deer out of it but always kept a stand there.  Used to have a double seat that actually got used once by Ali and I.  I shot at a coyote with an arrow while she watched.  Pretty crazy to come across it broken off from it's base and crashed into the brush.  Much of this was pasture in the 60s, now there is an eagle nest up on the ridge and I can text and surf the web while in a tree stand.  Hope to have another great year hunting.

Posted by Robert Langham at 1:02 PM

Off to a good start, at least you're seeing movement and multiple deer...

The big ones are stirring around in there somewhere. Very canny. Like hunting bigfoot!