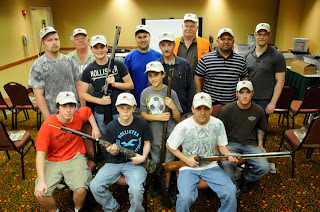 Hunter Safety being taught along with an NRA Rifle Coaching Class, Legislative seminar and others. 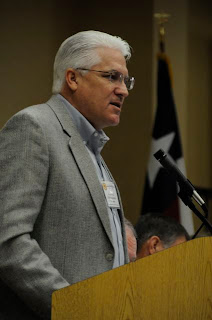 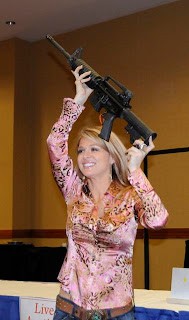 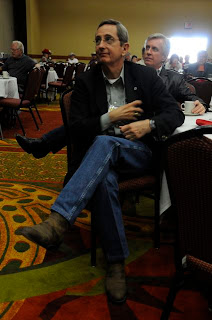 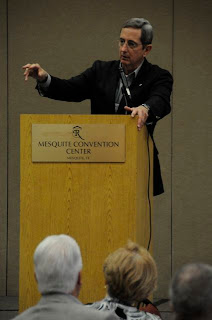 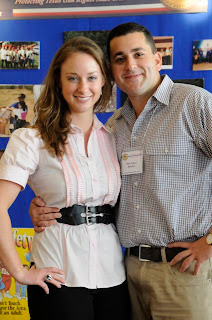 Go figure. Nick Adams, Australian Gun Rights nut with his stunning Texas girlfriend. Now they are ALL going to want to come over here. 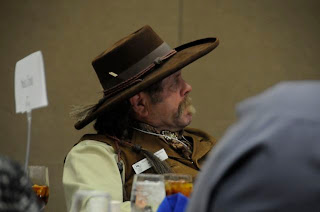 At the Mesquite Rodeo Center. Cute rooms. Gunshow scheduled at a different time because the Superbowl caused us to move the convention date a little. There were conflicts with already scheduled gunshow in the area. Normally the convention has a pretty good active gunshow along with it. It is scheduled later this spring.

New director, Steve Hall, a retired Texas Parks and Wildlife guy. Hoping for great things. Just listened to our lobbiest Alice Tripp talk about the three bills we are pushing in this legislative session: range protection bill, campus carry, work parking lot possession. There are other gun bills filed including an open carry bill but the TSRA is concentrating on our three. Some of them have been worked on for four sessions....and the legislature just meets every two years. Takes years to incrementally move things along.

Just a note: big corporate and company money opposes the parking lot bill. All university and college admins are against campus carry, just because. Range protection has some folks waffling around but not a lot of opposition. Drunk pistol-waving freshmen, pistol-wving employees! Blood everywhere!
Alice says we are slowly winning, but it is a very tedious and complicated process with many places for derailment.

She told a story about being sent a TSRA patch ripped from a jacket from someone who resigned because we didn't endorse the right Republican in a primary.

Getting to see a lot of folks I like. Highpower and Service rifle directors are the best folks here.

Join the TSRA! They are responsible for every Texas Gun Rights bill passed in the last 30 years. CCL holders, notice!
Posted by Robert Langham at 8:51 AM

I'd like to know why the TSRA doesn't support open carry. I know you're not a TSRA spokesman, but you're heavily involved with it and I've never heard a non BS answer to that question from the TSRA.

They DO support it, but have never found enough folks to introduce and co-sponsor on both sides of the house. Alice is very careful about doing things that can actually get through the committees and process. There is a bill introduced now by a freshman legislator who never asked her anything about it. It's a disaster bill will all kinds of opportunities for folks to stick in amendments that would put gun rights in Texas back about 20 years. Bob Duell is going to try and talk to the guy and straighten it out.

Ah, but Robert, careful and rational legislative lobbying work like that must be denounced by the fanatical.

Who are you calling fanatical?

I didn't denounce anything and you don't know me.

Great looking bunch of folks. Enjoyed your Alamo postings, until the cookies. Ran across this which you might like to look at on the Appleseed forum. Texas does it right.

Good group, and they are doing (or trying to do) good things for Texas!

Best case scenario would be for Duell to look it over, fix it with TSRA help and introduce companion bill in the Senate.

Can't think of the guy who introduced it. Freshman legislator from the Dallas area. Terribly written 27 page bill. Basically replaces strikes the word "concealed" everywhere it appears in Texas law. Many chances for very bad amendments to be introduced in all of those places. Guy, (oddly), is NOT a co-sponsor of any of TSRA bills. Alice said she thought it was a campaign promise to file a bill.