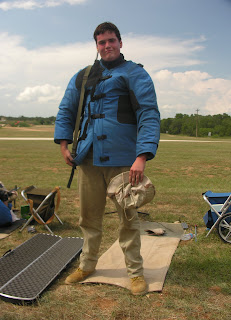 Six and a half feet of TSRA Junior vet Travis Rogers.  He and his brother Clayton both shot. 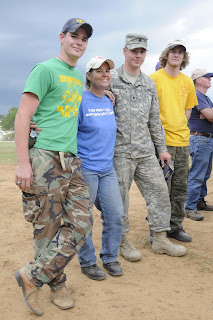 Former Marine Michelle Boyd and her three sons.  Two of them are at Sam Houston State University. 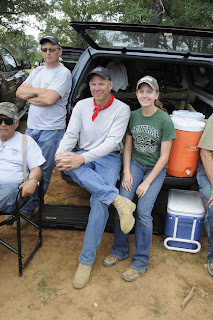 Gregg Foster and daughter Kayte Foster.  They shot 466 in the EIC/LEG match missing the cut by a point.  Randy Nash and Jon Rhynard on the side. 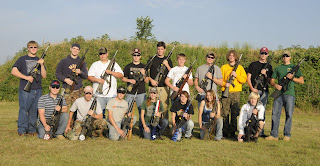 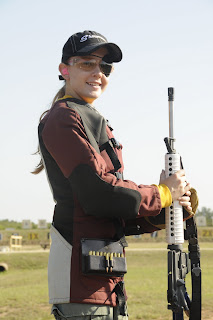 Kayte Foster, Senior and veteran TSRA National Match Team member from Lufkin.
My rifle shot much better at 600 with a 1/7 twist new Douglas stainless barrel.  I didn't shoot particularly well, 12th both days overall.  Only about ten folks are capable of winning and I wasn't competitive in that group.  Still much fun and learned new things.
Many TSRA Juniors in the 97 competitors at this match.  Makes it fun.
Update:  Oh yeah, I nearly forgot.  97 heavily armed Texans on a hot range for three days.  Children with assault rifles.  Mucho ammo.  Zero incidents, accidents, fatalities, et.
Posted by Robert Langham at 1:30 PM

Glad your new barrel worked Robert, I know you'll do better next time!

It warms the cockles of my heart to see those kids out there. Thanks for sharing the pics.